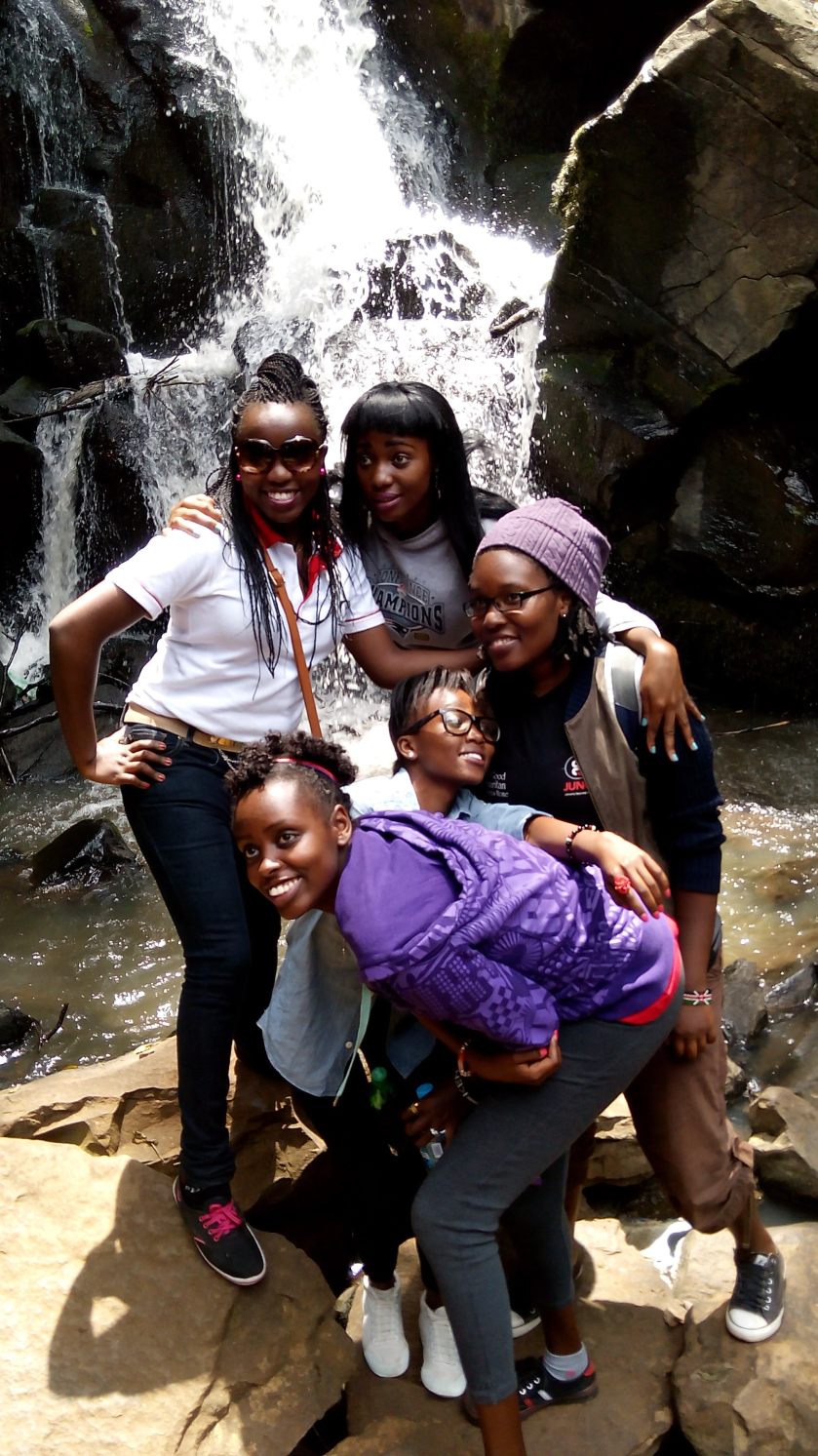 Deep into the forests makes adventures more fun especially when it is all peaceful and serene with no animals to ruin the moment. If you are a botany lover the variety of plants make the learning experience more practical. The woods contain surprises, wrong turns that even make the whole journey hilarious as you mimic various horror movies in the quench to find the right trail.

Last weekend 5th September made my nature expeditions more fun. Peace Ambassadors Kenya, I being a member back at University were heading for a team building experience into the jungle at Oloolua Nature trail in Ngong. If you read are in my country or already residing in it this is one place I would recommend for team building, family gatherings, couple outings or your dog’s day out for that long walk. Yes, dog. I met so many couples with the German shepherds and the little “chiwawas”.

From Nairobi City you take a bus at the famous railway station, use the Karen road and if your driver is a pro at maneuvering into traffic then in 45minutes you should be there. At the gate to Oloolua, citizens pay 200 and children 100, non-residents 600 and resident 400. Once you in, the fun begins.

It all started with snacks come lunch since it was in the afternoon. Then the big trouble came…searching for a toilet!! This is where the “not so pressed” manias laughed and suggested weird ways of disposal. However in a thicket was a toilet where people would relieve themselves. Fyuks! Before everyone could help themselves, team mates started departing leaving me and a few behind. Hehe, catching up was a problem and alas we were in the wrong trail. My ribs could take it no more as I laughed out loud.

The first stop was at the waterfalls where rocks made it more beautiful for climbing through but with caution since they were all slippery. This called for pictorial moments and lots of selfies. At the waterfalls you could not help but not notice caves and swings that the trees had modified themselves to. The water was so clean, cold and fresh.

Bamboo trees that were tattooed with names of people who had been at the place became our other stop. The water from the river was also on this route as team mates tried to subscribe their names onto the hard trees that required a knife or razor to do the talking.

Ever been in a dark cave, no lights and you can’t figure out your next step? This is where we found ourselves after going down the slopes. The deeper we went, the smaller and hotter it became that some folks perspiration said it all.

Wooded staircases led to the other trail where after debating on which path to take, we decided to do away with the obvious paths and just enjoy the forest like hikers do. Cactus plants, thorny bushes, tough blocks hindered our hiking but we made it to a picnic site where we met families and friends having their reunions. Also those who love keeping fit by jogging had made this place their second home.

A bridge guided us on which path to take to the camping site but this is where the fall out started after diverting to a trail that led us back to the bridge! Ha-ha. That is where some team mates became angry and decided to follow the main road inside the jungle. As for me I love bushes and off I went to the other trail that took me straight to the camping site. Here I found teenagers from a certain school cooking their lunch and the aroma…I would have dived in to another meal. I do not know what made the other team follow right back but they did.

Team building then began at the camping site. We divided ourselves into two groups after a game I’ll never forget. Activities like drawing, passing a tied rope with hands joined from one person to another, passing a ring with each team having straws in their mouth, searching for a balloon in the thickets as one volunteer would be blindfolded and guiding their steps to finding it and back to the starting point…..well you will have to see me to explain in practice how this games went by.

After laughing, shouting, we called it a day and headed back to our first starting point. By the end of the day I was donkey tired, my voice halfway gone and sleepy.