Never in my mountaineering dreams did I ever imagine that I would encounter a wild animal alone. By no means did I ever think that I would walk away fast shaking like a chameleon on a feeble twig. Now I know what those phrases meant…chuckles. At no one time did I ever see myself climbing over a security communication compound fenced all round with an arrow pointed gate nor ever wonder that one day I would be rescued at night. Under no circumstances did it ever cross my mind that I would eat my last share of snacks, sit on a cold, rainy verandah and foresee myself spending the night in the jungle. Girl on the move had an interesting turn of events that come to think of it, was the best adventure! PSs….she even had three raincoats!

4:10am the tour van picked me up at Blue Post as I joined the rest of the gang on our expedition towards Narumoru where some of us had their minds made up by conquering Lenana peak in one day but the weather had other plans instore. Before you start doing the math on a one day climb and think us cray cray, consult widely and you will be shocked there are those with higher adrenaline levels who have done it severally. Yes, it is doable. Narumoru route is the shortest, quickest way to Lenana peak but of course not on a rainy day. As for how long we drove or the curves we took to get to the park entrance, don’t ask. Slept. All I know from some site is that to get here you go past NaruMoru town where there is signage and then there is an all-weather road that leads to the park (this I saw as the vehicle skidded from the heavy downpour).

At the entrance, one I wowed by waterbucks and baboons that wander minding their vegetation business. Concrete guest houses are also in plenty. The altitude at this point is 2400M ASL. When you fill in a book to write your next of kin this is when you know how dangerous everything can be. This we gladly did before clearance where we drove through a tarmacked road to Met Station at an altitude of 3048M ASL. Here is where our hike began at 8:00am. A concrete walking track warmed us up as water flowed freely indicating the continuous heavy rainfall that is been experienced in the country. Buffalo dung stamped the trail as bamboo trees, bushes, stinging nettle and dense vegetation narrowed the path after sighting the Met communication center that according to our guide signals when there is danger in the mountains like fire, volcanic eruption (in case it ever happens but I doubt it will ever happen). After a twenty minute jog, we found our way to the forest where mud, bog, running water was the order of the day.

To cut the long story short, NaruMoru route is all tussock grasses, rocks and bog. Of interest are the caves that remind one of Mau Mau and giant massifs that would serve for rock climbing skills. In some of these lies graves of hikers who died attempting the dangerous one day climb. The open moorland serves one with views from the Aberdare ranges to hanging crystal clear skies. The path then contours to Teleki valley where Nithi River is spotted. Small streams covered our path as they channeled to Nithi River. At the floor of the valley we crossed the bridge as we geared to Mackinder’s camp where snowcapped mountain peaks left our mouths ajar. The sun played hide and seek with our bodies as fog made its way to cover the snow. After five hours of enduring heavy rainfall, cold, drenched attires we made our way to Mackinder’s camp that warmed us up. On a sunny day the views from this camp site are spectacular as one gets a glimpse of Batian and Lenana peaks. However, on this day all we saw was Batian peak making its way out of the fog as Lenana remained hidden. It takes one three hours to get to Lenana peak from camp. No way on earth would the dare devils do it and be back at Met at 6:30pm, the official clock out time. This called for a turn around. The snow canopy made me think it was Christmas and I was in Trumps territory. After resting and snacking for one hour, we left at 2:00pm for descend.

Can we now go to the thrilling part cause am unable to zip it! All was well even when the Eliud Kipchoge’s of the group decided to leave the Bottas’ we were unperturbed as we had the guide: note, guide not armed ranger. Then fate had it other way. Our guide fell off a cliff as he tried to support himself on a tree that had a weak branch! Thank goodness for the rain and wet ground as he slid causing no alarm. However, from the beginning of the hike we all had noted our guide had some form of disability (but no one had the guts to ask his story) and this amazed me at how fast he ascended. That fall made him experience difficulties going downhill. Three hikers out of nine had to slow their paces and look out for our guide. We got to the Met communication center at 6pm. I was uneasy. What happens after 6:30pm? I asked my inner void. Since walking slowly is not my forte I decided to walk fast leaving the rest behind. There it was crossing the road. It stopped, stared and I stared back. Scream, nope. Run, certainly not. Wail, nada. Faint, no. Pray, indeed. This I did inwardly as I made steps backward not giving a hoot if another would find its way behind me. In this slow calculated moves, I did a 360 degree turn and made way back to the rest. Buffalo. Darkness. Rain. Past 6:30pm. No network. Wrong turn movie was now in full display. When they saw me running back they knew all was not well. Words failed me plus at this juncture I think I was ready for the tears but they botched on me too. When I gathered the courage to explain our guide advised us to go back all the way to Met communication center. This we hurriedly did although panicky. At the Met center we had to figure out how we would jump over the fence and gate. The tomboy in me came full swing as I was helped by the rest. Luckily it was not an electric fence! When we all made our way in, a call came through from one of the hikers as we explained our situation. 7:00pm. Phone torches illuminated the center as we ate our last of snacks awaiting for aid. Time clocked, stories ended, network came and went, rain endured and we foresaw the probability of spending the night there. At 7:50pm more light chimed in as our hikers called out accompanied by guides. Rescued.

After rescue pointers:
The buffalos on NaruMoru route are not dangerous. How true is that?
The reason we were not given an armed ranger is because the route itself is safe. Is it?
KWS failed to rescue us. Instead village guides and our other hikers did. KWS claim they only rescue if and only IF one is seriously injured and can only start search operation in the morning. So yes were it not for team effort we were to spend the night. This begs the questions; are there other parks that don’t give one an armed ranger in the pretense of safe paths? Which are the roles of KWS in mountaineering? What could have possibly happened if there was no Met center? Or a place of safety?

Lessons:
Never ever am I undertaking an expedition without an armed ranger. Read, research, watch on National Geographic on how to handle wild animals. 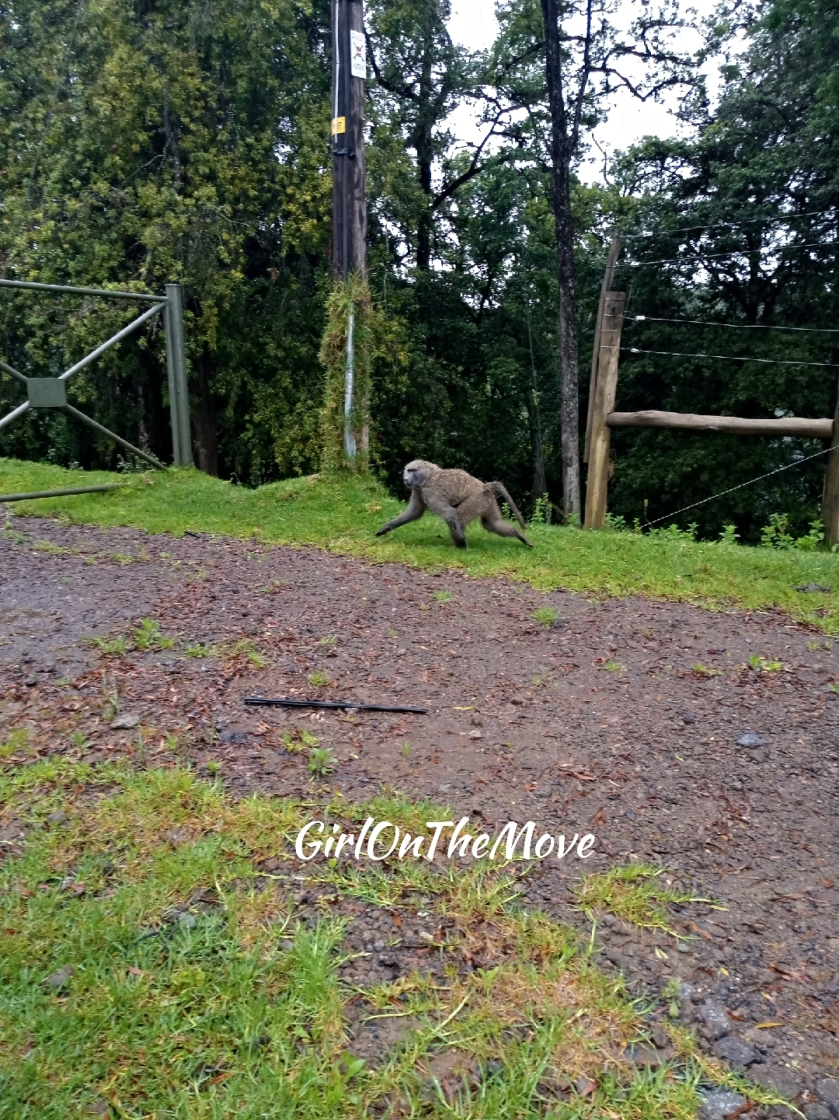 Living my life, exploring it, yearning more of it and learning from it. View All Posts

7 thoughts on “Rescued in the jungle: Mt.Kenya day hike-Narumoru route”

Your views will be appreciated Cancel reply